Deep TMS Therapy Is A Treatment You Can Live With

Deep Transcranial Magnetic Stimulation or dTMS is the only FDA Approved treatment for depression that does not require surgery or medication. It is very safe and effective. Research has also demonstrated TMS beneficial in helping those with other conditions such as Anxiety, PTSD, OCD, Addiction, ADHD, Eating Disorders, Autism Spectrum Disorders, and Chronic Pain as well as others. You can relax in a chair and read or listen to music while a special magnet gently pulses low-dose magnetic waves to the parts of the brain targeted for your particular condition. It is similar to an MRI.

The treatment is safe with none of the side effects associated with most antidepressant medications. This means there is no weight gain, sexual dysfunction, sedation, stomach upset, or memory impairment. This is because the treatment is applied directly to the affected parts of the brain and does not have to work through the digestive and blood systems to get to where it needs to go. Because TMS is not medication based, this allows patients to avoid the side effects normally associated with depression medications. The most common side effect of TMS is a mild headache during the first couple of initial treatments that is generally well tolerated.

TMS treatments usually occur 5 days per week for 4-6 weeks. Each session lasts around 20 minutes. You are able to drive yourself to treatment and drive home. You can return to work immediately after treatment. 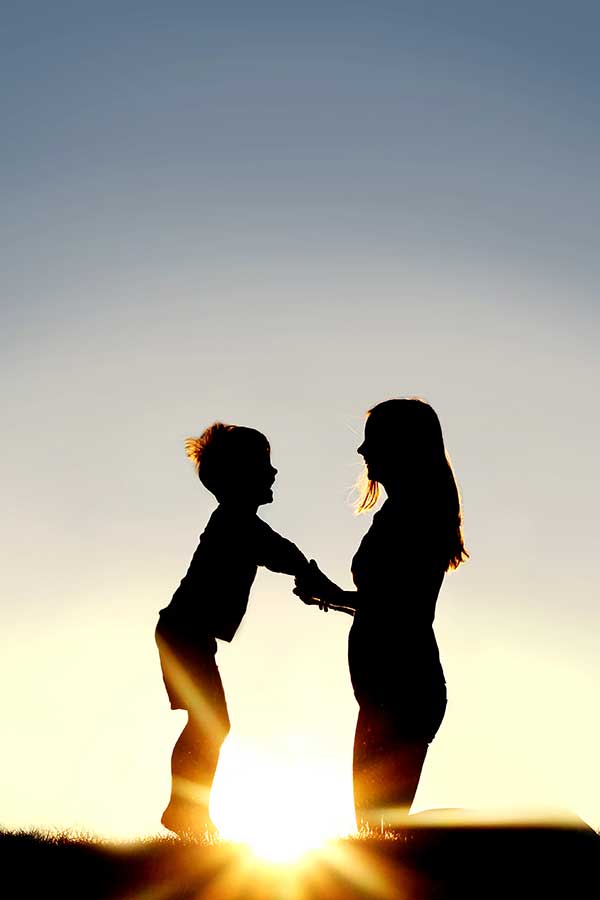 Treatment with typical prescription medications for depression usually include many unpleasant side effects which can include:

Deep TMS Therapy from The Arlington Depression Treatment Center is not centered on prescription medications and presents very few potential side effects.

Not All TMS Therapy Is The Same 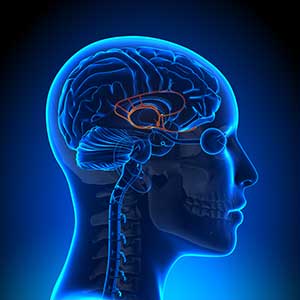 Short pulses of magnetic energy are aimed at the structures in the brain thought to control mood (Limbic System Structures, many of which are involved in mood regulation). The left prefrontal cortex is used to access these structures non-invasively from outside the brain with TMS Therapy. The unique nature of magnetic fields allows them to pass through the skull and into the cortex without being distorted in any way. This facilitates a very focal type of stimulation, minimizing stimulation of brain tissue not involved in mood.

Once in the brain, these small magnetic pulses stimulate a small pathway in the prefrontal cortex and follow that pathway deeper into the brain into an area of the brain known as the Limbic System which controls mood and known to be less active in the brains of depressed patients.

The objective of TMS therapy is to stimulate conduction in neurons. Specifically, TMS targets the circuits of the brain that have been under active during depression (the prefrontal circuit). Patients remain awake and alert during a TMS Therapy procedure.

The typical course of treatment consists of five sessions per week over a 4-6 week period for the treatment of depression. Treating other psychiatric disorders requires different protocols, which can range from 5-30 sessions. Most insurance companies have been willing to pay for TMS when used to treat depression, specifically treatment resistant forms of treatment.

How Safe Is TMS?

The Brainsway TMS Therapy we use is a safe therapy  that harnesses a technology similar to Magnetic Resonance Imaging (MRI) which has a very long record of safety. TMS Therapy has been studied, and found safe, in more than 100 clinical trials. TMS Therapy has been approved by the FDA (Food and Drug Administration) since 2008. TMS has also been used in research and treatment across the globe for over 10 years. Patients can expect very few side effects with TMS and the therapy is very well tolerated by patients. The most common side effects are headaches and local discomfort, both usually temporary and mild. This discomfort exists only during the procedure and typically goes away after one to three treatments.

Brainsway’s TMS Therapy utilizes powerful magnets to create the energy to cause neurons in your brain to fire. These are the same type of magnets used in MRI’s, which has extensive safety data. Even better, TMS Therapy exposes the individual patient to only 1/30th the magnetic field of that of MRI’s.

Unlike medication based treatment, TMS Therapy avoids the typical range of side effects that most psychiatric medications can potentially cause. That means with TMS Therapy you can avoid the usual side effects of weight gain, senual dysfunction, Insomnia, dizziness, sweating, drowsiness and gastro-intenstional distress

There are a few conditions that could prohibit someone from receiving TMS Therapy. Those would include implanted metallic devices in the skull, non-removable metallic objects in or around the head (some tattoos and permanent eye liner have metallic components in the dyes used) or Implants controlled by physiological signals (Vagal Nerve Stimulators, Cardio-verter Defibrillators, Pacemakers). Generally Metallic fillings and metal involved in dental work do not impact the ability to receive treatment.

Does Brainsway's TMS therapy entail any long-term side effects or risks ?

Brainsway* Deep TMS therapy has been proven safe and effective*, and has no known systemic side effects*. The most common side effect is temporary, mild pain or discomfort in the area of the treatment site, which occurs during the TMS therapy session. This typically occurs only during the first week of TMS treatment. Other side effects may include muscle twitching and jaw pain*.

How does Brainsway's TMS treatment compare with ECT?

While ECT entails electrically induced seizures, Brainsway* Deep TMS therapy stimulates brain regions using brief magnetic pulses at an amplitude similar to that used in MRI systems. ECT requires anesthesia and may entail severe side effects, including memory loss, while Deep TMS therapy does not involve anesthesia, has no effects on memory, and is generally well-tolerated*.

Is Brainsway's TMS treatment for everyone?

In general, our Deep TMS therapy should not be used if you have metal implants in or around your head (except for standard amalgam dental fillings). Please consult with your doctor to check if Brainsway TMS therapy is right for you.

Has Brainsway's TMS therapy been tested?

Brainsway* Deep TMS therapy has been tested in over 60 clinical studies, for various clinical indications, in leading institutions worldwide. The FDA* has cleared this TMS therapy for treatment resistant depression and it is currently available in the U.S., Europe, and South America.

I have already tried different types of medication and had poor results – will Brainsway TMS therapy be any different?

The FDA has found Brainsway* Deep TMS therapy to be highly effective for patients with depression, including treatment resistant depression, who tried 1-4 antidepressants with no improvement*.

What will I feel during the TMS treatment session?

Typically, patients hear a tapping sound and feel a tapping sensation in the head area during the TMS therapy session. To diminish the sound, the patient is provided with earplugs.

Some patients experience temporary, mild pain or discomfort in the area of the treatment site, which occurs during the TMS treatment session. This typically occurs only during the first week of treatment. Other side effects may include muscle twitching and jaw pain*.

For more information about our TMS treatment, please contact The Arlington Depression Treatment Center at 817-200-6907.